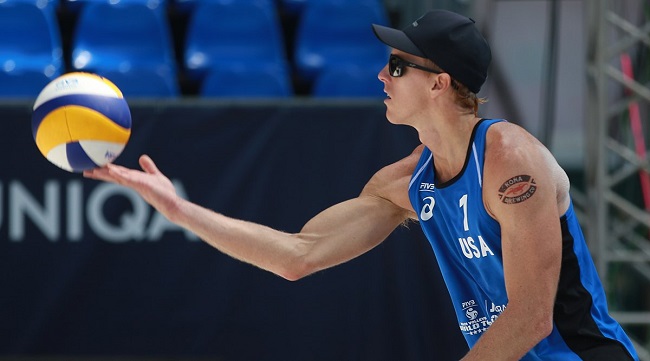 T. Bourne, a former standout on the USC men’s volleyball team, has been called up to play beach volleyball for the United States at the 2020 Olympics in Tokyo.

As of today (22 July), T. Bourne has replaced Jake Gibb as a substitute partner. Taylor Crabb, Gibbs’s frequent training partner, tested positive for COVID-19 and was forced to miss the Olympics.

On July 25 against an Italian team, T. Bourne and Gibb will play their first Olympic match together. At 45 years of age, Gibb is the oldest U.S. volleyball Olympian (indoor or beach) to ever compete.

After finishing as the third U.S. team in Olympic qualification, T. Bourne and his regular partner, Taylor’s brother Trevor Crabb, narrowly failed to qualify for the Tokyo Olympics (only two teams per country are chosen).

In response to the news that his close friend will not be participating in the Tokyo Olympics, T. Bourne expressed his deep sadness. Taylor deserves to be in the Olympics since he is one of the greatest in the world.

He texted me the news and sincerely wished me well. From the tone of his Instagram statement, it’s clear he’s a gentleman. It’s an honour for me to stand in for him and represent his team, friends, and hometown community.

I’m prepared for this time, though. The very centre of my being knows this to be true. Like Taylor constantly says, “Stay ready so you don’t have to get ready.” “Jake Gibb, let’s play ball!”

As a senior outside hitter for USC in 2011, T. Bourne was named to the All-American third team. He helped the Trojans reach the NCAA Final Four twice, including a runner-up result in 2009.