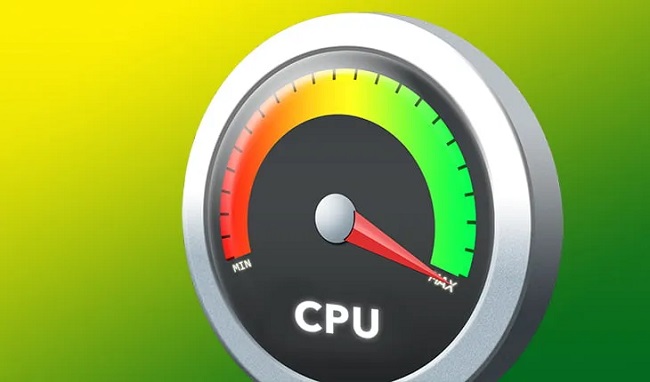 It has become a common topic of conversation on social media and in Windows forums about how memory leaks are linked to Ntoskrnl.Exe. This system file is causing a lot of RAM and CPU use, according to several users. In extreme situations, memory dumps have been reported to cause the Blue Screen of Death.

When it comes to Windows 10’s massive operating system network, and how they keep their memory usage under control, have you ever wondered? The Ntoskrnl.Exe memory handler, which is also known as the kernel image, deserves some of the credit.

Operating system functions such as hardware virtualization, process management, and memory management are all provided by the kernel application files in the Windows NT operating system.

The executive, the kernel, the security reference monitor, the memory manager, and the scheduler are all part of this system. Ntoskrnl.Exe is a protected system file due of this security feature. Because of the safety measures in place, it cannot be stolen or damaged.

Memory management operates like this. Memory (RAM) is loaded with the task and the programme that will complete it. The CPU is responsible for decoding, which it then does and saves the results to memory, from whence the loaded software can then write them to disc.

Implementation portions use a wide range of hardware, including GPUs, CPUs, discs (ROM, HDD, SSD, etc.), networking equipment, and many more, depending on their intended usage. The data handled by a software is removed from RAM when it is closed, freeing up memory for subsequent tasks.

In theory, Ntoskrnl.Exe is responsible for memory management, so why is it using up all my RAM and CPU power? Hardware or malware-related memory leaks are among the many reasons for this.

If you’re wondering what makes Windows 7 so snappy, it’s because of a brand-new function called Ntoskrnl.Exe. Unlike other operating systems, Windows 10 requires a lot of RAM, which Microsoft explains in detail.

During the launch of Windows 10, Microsoft introduced a new concept: an in-memory collection of compressed pages that can be found in the Memory Manager’s compression store. Compression is also stored in the System process’ working set.

System protocol holds memory for storage, so working sets grow when more memory is available. When Task Manager is opened, an increase in memory consumption can be seen in the System process. However, Windows 10 compensates for this by using a huge amount of memory, making it appear to be a memory leak at times.

This implies that Windows 10 does not write pages to your hard drive, but instead compresses the data in your RAM, making it far faster than previous versions. You can access condensed data from your RAM faster than you can examine it on your HDD and load it into RAM. Before Windows got this method, Linux was already utilising it.

The CPU will have to work harder if you have a lot of open applications running at the same time.

Ntoskrnl.Exe uses device drivers to deliver and receive data when it communicates with and from devices such as network cards, keyboards, and graphics cards. As soon as the data has been written to RAM, it is ready for processing.

As more and more data is stored in the RAM, it quickly becomes overflowing. Additional CPU time is required to deal with this volume of data effectively. You would quickly run out of space on your hard drive if Ntoskrnl.Exe was used to store pages in prior versions of Windows.

It is most common among Windows 10 users who have recently upgraded from Windows 7 or 8.1. Memory leaks may arise as a result of incompatibility issues with Windows 10. Because of outdated “Killer Network Drivers,” Windows 10 has been shown to contain memory leaks.

Be aware of internet-based shareware and freeware. Memory leaks can be caused by them actively inserting themselves into the Ntoskrnl.Exe system file or hijacking its function. It may also alter the registry of the programme. In other words, Ntoskrnl.Exe won’t work the way it was intended to.

In order to affect your computer, malware will allow data to be streamed into RAM, but not out of RAM. If Ntoskrnl.Exe is infected, it may also be actively writing to its memory region. This uses quite a lot of your RAM and CPU power. If you save the pages to your hard drive, you risk running out of space.

As soon as Ntoskrnl.Exe realises that there is insufficient memory, “it panics.” Windows files are also deleted in an effort to save it. As a result, a “Blue Screen of Death” appears on the monitor (BSOD).

The same thing happens when it recognises that something is constantly invading its memory region. Due to excessive activity on the CPU, a computer may suddenly shut down. The computer shuts down to allow the CPU to cool down in order to prevent overheating.

Ntoskrnl.Exe, a critical system file, cannot be damaged or infected in any way. Corrupted files will cause problems for the Ntoskrnl.Exe programme, which is responsible for managing RAM usage and memory freeing.

In order to keep up with the increasing amount of data and memory pages, the CPU may have to work harder. In addition, the HDD may fill up as a result.

What Can I Do to Reduce Memory Consumption

Malware or a virus may be to blame if your memory begins to fail unexpectedly. The presence of memory leaks following a recent Windows update or the installation of a new device may suggest that outdated or unsuitable drivers are to blame.

Ntoskrnl.Exe has a memory problem, and this is how to repair it.

Corrupt System Files can be fixed.

To detect and restore corrupt or missing data, launch Restoro after it has been installed. Once you’ve done that, follow the instructions listed below. Check to see if any of the system files have been corrupted before proceeding on to the options below.

Graphics and network drivers, in particular, could be the first to show signs of a memory leak after a Windows 10 upgrade. This issue is frequently brought on by the use of “Killer Network Drivers”. To repair it, you can do this:

Step 1: When you press the Windows key and R at the same time, type in “hdwwiz.cpl” and press “OK.”

Restarting your computer is the final step.

It’s a good idea to use a malware scanner on your computer. This one is up for grabs.

Step 1: If you wish to install Spybot or Malwarebytes, go here or here.

Step 2: After the software has been installed, perform a scan.

Step 3: Resolve any and all problems that may have occurred.

Your computer should now be restarted.

Method 3: Turn off the Runtime Broker.

There’s a lot of evidence on Reddit pointing to Runtime Broker as a system operation that sucks up a lot of CPU cycles via memory optimization. Because of this, performance is slowed down, and memory is leaked.

Step 1: In order to disable the Runtime Broker, you can do it as follows

Step 2; First, open the “Start Menu” and select “Settings” from the drop down menu.

Step 3: Remove the checkmark next to “Show me advice about Windows.” Reboot your computer.

Alternatively, we may say:

Step 1: Notepad is the first place you should go when getting started.

Step 2: Using the notepad, copy and paste the following commands.

The latest version of the Windows Registry Editor.

Step 3: Save it to your computer’s hard drive.

Step 4: You can save it as “whichever name you choose.reg” at this point in the process.

Step 5: Run the file as an administrator to ensure that the registry modifications have been accepted and confirmed.

Method 4: Changes to the Registry

The registry contains a number of options that can be altered in order to achieve greater success. To make changes to the registry:

Step 1: The first step is to press the “Windows” and “R” keys simultaneously.

Step 2: Type “regedit” into the search field, then press “enter”.

Step 4: Double-click on “Clear Page File Shutdown” in the right-hand panel. Then click “OK” after typing “1” into the “Value Data” text box.

In the end, “Restart” your computer to see if the problem persists.

We’ve done our best to describe the problem and offer suggestions for how to fix it in the preceding post. Make sure to keep your anti-malware and anti-spyware software up to current at all times. Keep an eye out for tool driver updates.

Manufacturers of tools are continually updating the definitions of their driving forces in an effort to address issues and improve performance. You may want to try the cautioned steps at the device and compressed memory if none of the above works for you.

AMD-V Is Disabled In The Bios (Or By The Host Os) (Verr_Svm_Disabled).

There Are Some Data After The End Of The Payload Data