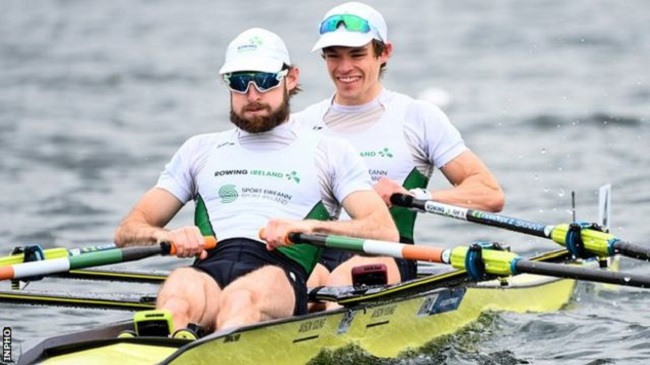 Lightweight double sculls add another layer of difficulty because the crew has to get weighed before every race and must be under a certain weight limit.

The crew average must be under 70 kg (or 57 kilogrammes for women). There is a lot of tension in the results of races because crews are all roughly the same size and weight.

We showcase the men’s and women’s lightweight double sculls, including past and potential results from the 2022 World Rowing season.

Championships of Europe in Rowing

As for the men, defending world champions Paul O’Donovan and Fintan McCarthy of Ireland delivered a stunning victory. Ireland won the gold, and O’Donovan had the last word after the race by saying, “We need bigger biceps” in response to a challenge from Germany’s Jason Osborne and Jonathan Rommelmann.

We’re going to put in the time and effort to perfect some summer-long curls.

Osborne and Rommelmann won the first World Rowing Cup, held in Zagreb, and earned the first points of the season. Over the course of the entire race, the two Germans were in the lead, leaving Switzerland and Austria far behind.

Osborne and Rommelmann’s World Cup II performance was less than stellar. After the winning duo of Ireland’s O’Donovan and McCarthy and Norway’s Brun and Strandli returned to racing, they were pushed into third place.

The next stop for Brun and Strandli was World Cup III, when they faced off against the Italians. Brun and Strandli of Norway beat out Pietro Ruta and Stefano Oppo of Italy in a nail-biting finish in a race with a smaller field.

World Rowing Cup I lightweight women’s gold went to the French duo of Claire Bove and Laura Tarantola, who appeared to be a promising partnership. As the race came to a close, they had built up a sizable advantage over the runner-up, Belarus.

The Germans jumped out to an early lead, with the Italians and Irish close behind. O’Donovan and McCarthy were in the lead into the last 500 metres. Even after being pushed back, the Germans continued on.

In a race famed for its lightning-fast pace, Ireland held on to first place. Osborne and Rommelmann deserve all the praise for keeping up with the Irish finishing speed and winning silver. Bronze for Ruta and Oppo, who are overjoyed.

The women’s gold medal won by the Italian duo of Rodini and Cesarini was an unexpected outcome at these Olympics. The two had some difficulty pulling it off. There were still just 500 metres to row, and the race was extremely close.

The Dutch crew of Paulis and Keijser held a narrow lead in the sprint to the finish line. However, as everyone sprinted towards the line, they picked up a small crab. It was a close finish, and the crews were on edge until the victors, Rodini and Cesarini, were declared.

The French duo of Tarantola and Bove won silver, and the Dutch duo of. The British team finished fourth, missing out on a medal by less than a second.