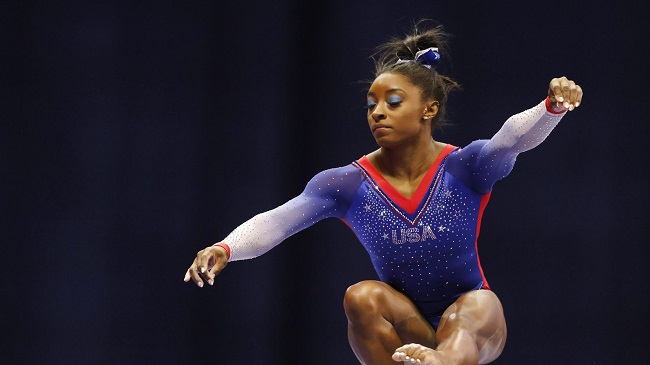 Day 2 of the women’s U.S. Olympic Gymnastics Trials will focus on determining who will fill the final position on the U.S. squad.

Since, well, the beginning of time, Biles has been an automatic selection, and either Lee or Chiles seems like a sure bet to take the second automatic position, with the other being the clear pick for the third.

At the Fourth Point, We begin to see Some Action.

MyKayla Skinner, the oldest woman in the Trials field and an alternate for the 2016 Olympics, is having the meet of her life thus far, placing fourth in the all-around on Day 1. (56.598).

In terms of apparatus placements, her best result was a third-place showing on vault with a score of 15.133. She was seventh overall and on the floor exercise and balance beam (13.866).

The difference between Skinner, Grace McCallum, and Kayla DiCello, who all tied for sixth place, was only.300 points.

McCallum, at 18 years old, scored a 14.166 on the floor, good for second place behind Biles. She placed seventh in bars and vault and sixth on beam. The 17-year-old DiCello placed third on the floor, fifth on the bars, and eighth on the vault and beam.

The women’s squad is counting on those three individuals to round out the roster.

On Day 1, Riley McCusker scored a 14.800 on the uneven bars, making her the clear leader for the final individual berth. Despite having already qualified for Tokyo, Day 1 of Trials showed that Jade Carey is still a must-see contender in St. Louis.

Starting on vault will be Biles, Lee, Chiles, McCallum, and DiCello, and on uneven bars will be McCusker and Skinner.